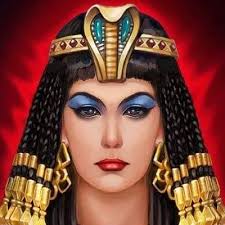 What do Alexandrians speak?

contrary to the common belief, they speak Alexandrians (which is currently sub-demotic Egyptian) not Arabic, although they use the Arabic alphabet and Arabic script.

Alexandria’s post-Ottoman inhabitants constructed their identity from various components, accumulated over decades by the Alexandrians themselves: architecture, fashion, arts and etiquette – and, of course, how they intercommunicated and expressed themselves. Here, I deliberately use the term ‘demotic’ instead of ‘colloquial’. Demotic Alexandrian – the language used on her streets, spoken and often written – has been more than a medium of communication; it was an essential component of the city’s identity. A language is also a primary tool for programming (and reprogramming) the human mind. Therefore, it is vital to correct the misconception regarding the Egyptian Alexandrian language. Arabic, a written-only text for many Egyptians, has always been a second language for them and is never used as the daily, spoken demotic tongue. Thus, it is not the language in which Egyptians think or dream, nor how their toddlers pick up the vernacular they grow. [1]

Changes in the patois used over the past half-century in the everyday language of a country like Egypt have been inseparable from alterations in the collective national mindset. It joins confusion about the national identity, which was until the late 1960s uniformly Egyptian. Changes in a language come gradually, sometimes too slowly to be noticed from within, but they are easy to spot for someone visiting the place between long intervals.

As in Nineteen Eighty-Four, the Nasser regime’s ‘Newspeak’ was a powerful tool for modifying the nation’s identity. The military coup diminished Alexandria’s political status as a summer capital and was followed by its socio-cultural and commercial annexation by Inner Egypt, as represented by ruralised Cairo. And those who had the economic upper hand managed to vandalise cosmopolitan Alexandria within three decades. By the twenty-first century, Alexandria’s unique individual characteristics had all but changed. She had been crushed under a stampede of fellaheen taking over the most beautiful parts of fragrant Alexandria, which once were replicas of European towns. ‘The City was invaded by neo-Hyksos’[1], Old Alexandrian Dr Abdelfattah Abdallah, who biographised life in Alexandria between the 1930s and the 1990s, lamented, ‘Unsophisticated and backward fellaheen who made fortunes in oil-rich Gulf countries and invested them in ugly tower blocks that defaced the most beautiful parts of Alexandria.’[i]

‘nlike nineteenth and twentieth-century European migrants and cultured Egyptians returning from schooling or long trips in Europe saturated with its culture, the 1990s nouveau riche spent years accumulating wealth by working in rich Arab countries with little to offer in culture, knowledge or social etiquette. Like many Old Alexandrians, Abdallah calls them ‘neo-Hyksos’ and new Tartars, likening their takeover of Alexandria to the thirteenth-century Mongols’ sacking of Mesopotamia and the Levantine cities.

Two changes in language accompanied the 1956–1990 demographic turmoil: the first was Nasser’s deliberate reprogramming of the collective mind along Newspeak-style lines. His syntactical change was ideological, replacing the simply defined Egyptian identity with a confusing, unclear pan-Arab one. The second wave – the more dangerous of the two – was the Islamisation of his successor, Sadat, which evolved from the first in an ideologised culture underpinning a belief system. And the language began playing its role in transforming the Egyptian identity by adding a pan-Islamic layer.

The first wave excluded non-Nilotic ethnic Egyptians and relabelled them Aganeb (foreigners) by stretching the meaning of the term in an unmistakably hostile way. At the same time, Nasser, who controlled all media outlets, banned the adjective ‘Egyptian’ and replaced it with ‘Arab’ – a label embracing outlanders while excluding hundreds of thousands of fellow Egyptians. Sadat’s changes thus marginalised and antagonised millions of non-Muslim Egyptians.

The slogan ‘One common language’ )meaning written Arabic only) has formed the primary ‘evidence’ in Arab nationalists’ propaganda to propel their ideological fantasy of a hegemonic, single ‘Arab nation’ corresponding to the former Ottoman provinces. However, their illusion is not supported by convincing geographical, cultural, historical or demographic facts. For example, post-Millennial genetic studies have found that Egyptians have only 17% Arab genes (below 2% in Nilotic- Coptic Christians), while the Lebanese have 56% Arab genes.[i] [ii]

Pan-Arabists[1] have been desperate to undermine national languages predating any documented Arabic, sometimes by millennia, while referring erroneously to those countries’ national and demotic tongues as regional Lahgat (accents or dialects) of Arabic. Speaking one language doesn’t make an Australian, a Scotsman and an American automatically Englishmen – although there is, in fact, far less difference between their English vernaculars than in the enormous gap separating an Iraqi and a Tunisian, who would barely understand one another. Nonetheless, fanatical Arab nationalists (and mostly uniformed  mainstream media[I1] [AD2] ) would insist that they are one race speaking one language.

[I1]?parts of the ignorant mainstream media

[1] The rise of the Hyksos kings in Egypt was made possible by an influx of immigrants from Palestine  and area south of the Jordan valley  into Egypt beginning about the eighteenth-century BC.

[1] Ethnic minorities who don’t speak general demotic Egyptian also often use the Arabic script as their written language for documentation and correspondence: for example, Nubians would speak Nilo-Saharan sub-languages (like Nile Nubian or western Nubian), while Greco-Egyptians would speak and think in mixed Egyptian and Greek.